Kerwin Rae is an entrepreneur, high-performance specialist and business coach dedicated to helping you become the person you have always dreamed of being.

Having failed nearly every subject at school, battled addiction, and encountered six near-death experiences, including a stroke that nearly killed him, Kerwin’s ability to conquer the odds is second to none.

Kerwin’s appeal lies in his unique approach to sharing the trials, tribulations, vulnerabilities and adversities that we’re all so familiar with – equipping clients with the tools and capabilities to break through barriers, unlock their true potential and become unstoppable.

As a child, Kerwin struggled with ADHD & Dyslexia. He never read a book cover to cover until he was 23 and remembers feeling out of place at school.

Growth is a gift that comes from facing difficult situations

Throughout his teenage years, Kerwin took up martial arts and became a passionate bodybuilder, which initially led him to work in the security industry. He began doing armed escorts and personal protection for Hollywood greats like U2, Madonna and Bon Jovi when they were touring in Australia.

However, failing to secure enough high-profile work, Kerwin started working in nightclubs and was often exposed to violent pub brawls resulting in one too many close calls.

At that time, he also becomes increasingly dependent on the drug speed, and in a bid to get his life back on track, Kerwin left the nightclub scene and started merchandising for fitness company Rebel Sport.

Kerwin quickly discovered his natural aptitude for sales, and over the next few years business became his passion.

Throughout his 20s and early 30s he built and established many business ventures making millions of dollars in the process. After multiple mentors, life lessons and even several near-death experiences, in 2009 Kerwin began a business consultancy company based around education, training and support, which was eventually self-titled Kerwin Rae.

Now, Kerwin can often be found touring around Australia and the world, speaking to sell-out audiences and mentoring business leaders with his ‘blueprint’ for success.

Kerwin is also well-known for his high-performance coaching and life-changing content which has reached millions of people around the world through the impressive social media following he built from the ground up.

Kerwin is a devoted father and resides in Byron Bay with his family.

Join a community of successful business owners like no other... 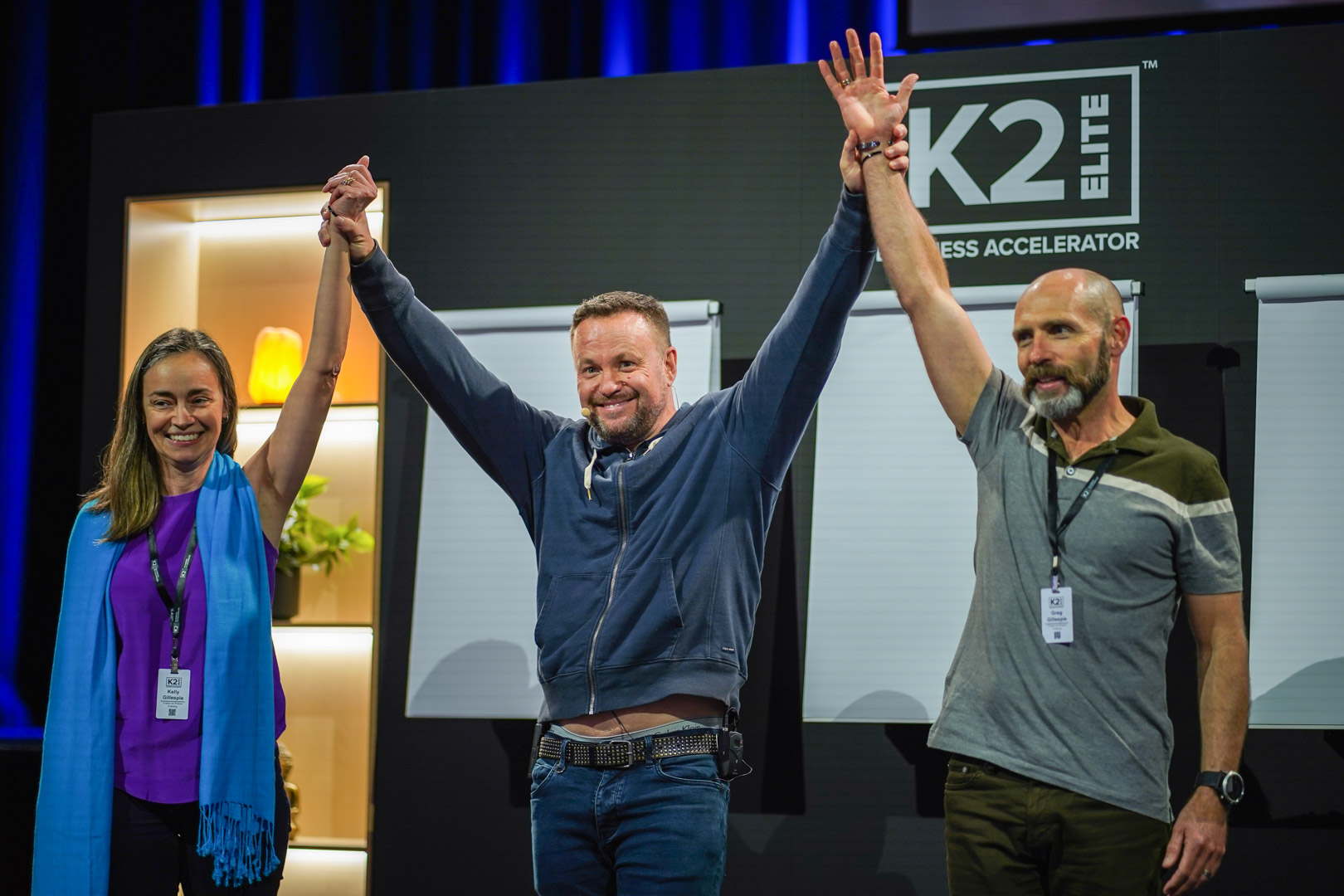